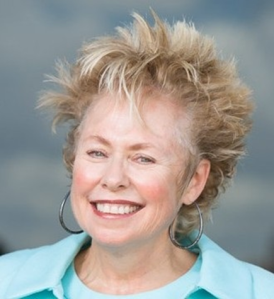 In most countries where policy and strategy on diversity and inclusion in the sphere of employment is common practice it has been accompanied for some time by the implementation of some form of supplier diversity.

In the United States, the first Federal Government-sponsored program on supplier diversity began in 1969. Since then an increasing number of large US businesses have committed themselves to purchasing a significant proportion of their procurements from smaller suppliers owned by women, veterans, minority groups, members of the LGBT community and disabled persons. In 2001, the Billion Dollar Roundtable was created to recognise and celebrate US corporations that spent at least $1 billion with minority and women-owned suppliers.

Supplier diversity was initially positioned as an ethical form of corporate social responsibility and an expression of social solidarity, as well as a way of boosting businesses owned or controlled by previously disadvantaged groups, with little thought given to the positive business consequences for the organisation doing the purchasing.

More recently a number of Governments and large organisations in industrialised countries have recognised that substantial economic benefits will accrue through a comprehensive diverse supplier strategy which is systematic, benchmarked and quantified. Acknowledging the benefits flowing from enhancing supplier diversity has arisen in such instances from an understanding that customer-bases are now more heterogeneous, and markets are more segmented. This in turn inevitably requires that businesses wishing to secure a competitive advantage from changing customer profiles need to ensure that supply-chains must materially reflect these new realities and so these businesses have begun to direct their purchasing towards female-owned and minority-owned suppliers.

A different model has been adopted however in South Africa where previous economic inequality had been entrenched by law. Remedial legislation has been passed to implement the policy of Black Economic Empowerment (BEE) designed to kick-start the rapid integration of business owned by previously disadvantaged racial groups. This policy requires Government agencies and private organisations wishing to do business with the state to give business preference to enterprises owned or managed by members of previously disadvantaged groups.

Whilst understandable in the South African context in an effort to remedy 40 years of institutionalised exclusion of Blacks from the mainstream economy, there are inherent limitations to this type of approach. For diversity to be accepted as a fundamental norm it must be embedded in the culture of organisations and diffused through all its activities including procurement. It needs to be more than an ad hoc or specialist programme designed to bring benefits to targeted individuals groups or organisations.

Aligned with a more broad based approach to driving the diversity and inclusion agenda, progressive Australian companies have now propelled the notion of supplier diversity to a new level. In October, 2013 a select group of Australian Companies headed by CEO’s belonging to the Male Champions of Change (“MCC”) announced their ‘Supplier Multiplier initiative’. The stated objective is to ensure that principles of gender equality not be limited merely to employee composition but also be reflected in Supplier Standards and Codes of Practice.

Extending the now widely-accepted premise that diversity in employee demographics serves as a springboard to innovation and enhanced productivity these organisations are now using the self-same principles to encompass their existing and prospective suppliers.

These requirements are being spelled out explicitly by large organisations in a number of industries – nowhere more so than in the demands clients are placing upon law firms supplying them with legal services. In a Lexis Nexis White Paper published in 2009 on impending changes in the legal profession. It was noted:

“Expert advice from professionals with inherent background knowledge of a client’s language or culture is becoming a prized commodity. Ethnic groups are starting to become heavily represented in the corporate world and law firms must keep up with this trend.”

In 2011, General Counsel Gail Stephens, for Luxottica Asia Pacific Region, the world’s biggest eyewear company, stated that an important criterion in choosing a law firm is the firm’s diversity policy. Questions she puts to a new law firm are:

“How many women are in your firm? What does your firm do to promote women to leadership positions?”

And Natalie Allen, General Counsel, Mirvac echoed this sentiment when presented with a prospective law firm that had no women on the team.

“We want a team that mirrors our team”

Supplier diversity in Australia is thus currently being driven by governance AND performance requirements, fuelled by the belief that the espousal and implementation of diversity by suppliers across the board will lead to greater innovation, flexibility, sustainability and dynamism of the supply chain and will generate multiple economic benefits.

To realise the goal that women and minority groups are able to assume their rightful degree of participation at all levels of leadership, management and employment, Australia’s businesses have begun to engage a broad range of suppliers to become joint-participants in this enterprise. The ultimate business benefit of this change in mindset goes beyond simply better matching suppliers with one’s consumers and markets. The purpose of this engagement is to create a combined effort to expand business opportunities across the broad economy for women and other previously disadvantaged groups. According to the MCC the commitment, which 14 of Australia’s largest companies signed up to in November 2013, has the potential to impact 54,000 suppliers and $30 billion of procurement spend across all companies represented by their group in Australia.

This new phase in embracing supplier diversity as a fundamental way of doing business is to be welcomed as a further step in leveraging the best skills and services that all Australians have to offer.

As Mike Smith ANZ, CEO, one of the leading champions of change has said:

“I imagine if the ingenuity of all business partners across our networks could be harnessed, the pipeline will increase diversity of perspectives which will help innovation and better decision making”