‘Celebrating Women in the Judiciary’ 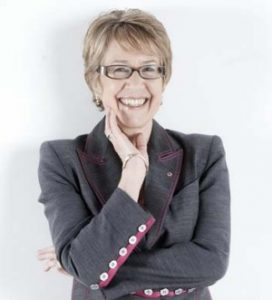 Her Honour attended the Sydney Law School graduating with Honours in Law in 1974 and was admitted to the New South Wales Bar on 14 March 1975.  She was appointed a Queens Counsel in 1989.  In 1993, she was appointed as a judge of the Federal Court of Australia.  In 1996 she was the first woman appointed to the New South Wales Court of Appeal and in March 2013 was appointed President of the Court of Appeal.  She is Chairperson of the NSW Chapter of the Australian Institute of Administrative Law, Patron of the Toongabbie Legal Centre and President of the Arts Law Centre of Australia.  She was made an Officer in the Order of Australia in the Queen’s Birthday Honours List on 12 June 2006 for service to the judiciary and the law, particularly through contributions to professional and ethical standards and to the advancement of women in the legal profession and the community.  In May 2008 she was awarded Doctor of Laws honoris causa (Hon LLD) by the University of Sydney and in 2012 was named as one of the inaugural Australian Financial Review/Westpac 100 Women of Influence.

It is with great pleasure that we acknowledge the achievements of women in law and the following appointments to the bench since our last event in February 2014.

Please join us and distinguished guests in celebrating the achievements of these women in the judiciary.

Please be advised that photographs and/or audio and video recording may occur at events organised by Women Lawyers Association NSW for use on our website, marketing materials and publications. By entering a WLANSW event, you consent to WLANSW photographing or recording and using your image and likeness. This may also be applicable at events not organised by WLANSW, but still advertised on this site.