It’s NOT nice to meet you! 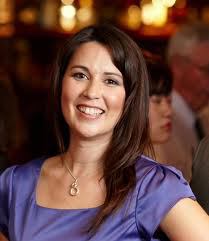 The room is filled with partners, prospects, and clients, and before you know it you are two metres in the door, someone yanks your name tag, proceeds to read it out and then ask ‘so what do you do?’….Is it any wonder then that just the word ‘networking’ evokes a host of negative connotations for most people?

Why learning to network effectively is critical to your success

I’m Julia Palmer, a network strategist and CEO of the Business Networking Academy and I have dedicated my career to helping people enjoy meeting new people, and furthermore ensure you benefit immensely from doing so. When done properly, strategic (as opposed to accidental or incorrect) networking can be one of the most effective marketing activities you and your business can employ.

There is good news for those who dread attending networking functions, and would rather hide in the corner with someone they know instead of meeting a stranger. I am adamant that there is no such thing as a born networker. Of course there are people who seem to be better at networking than others, however having trained thousands in the art, I believe that it is a learned skill.

As I have touched on, networking as an activity has a somewhat negative connation in Australia, mostly due to how it has been undertaken. This view is changing as people realise the power that lies in having strategic connections that align with their business and personal goals.

Let’s start to define strategic networking by outlining what it’s NOT:

It’s not just having 500+ friends on a social networking site (and not know how to engage with them);
It’s not getting as many business cards as you can at a social or business gathering;
It’s not about knowing lots of people and wanting to have coffee with all of them; andIt’s not simply wining and dining clients or prospects through expensive hospitality.
It IS about:

Planning and establishing key connections;
Knowing the right people – and knowing them well;
Building a set of quality two-way relationships – not simply collecting a large quantity of connections; and
Becoming a trusted ally of your connections and becoming a hub – the ‘go to’ person in a network.
Networking is a sensitive balance between knowledge and skill. Most people know they need to develop networks to support them but the skill is having an effective and personalised strategy that aligns to your career goals and the organisational outcomes.

If you reflect back on the many people you meet and mingle with networking – think about those that left a good impression and those you couldn’t wait to get away from. To ensure you are never seen as the latter, avoid any finger-pointing and tag-grabbing, they are simply rude (so is chasing the drinks tray mid conversation). Smiling too much, speaking too softly and looking away from the group, can make you seem uncertain and indecisive.  Contrary to what many people believe, networking is not about how many cards you’ve collected at the end of the day – too many people still use this as a measure of success! Rather it’s about creating mutually beneficial relationships (yes, this is more of a long term approach), as the old adage goes , it’s too late to build a relationship when you need it most.

Julia Palmer is a respected Networking Strategist and Chief Executive of the Business Networking Academy, providing training to create and manage networks that work. To learn more visitwww.juliapalmer.com & www.BusinessNetworkingAcademy.com.au

Through in-house and public training courses, Julia and her team help people create effective strategies to create and manage their networks.

Julia Palmer is a respected Networking Strategist and best known for leading the face to face revolution!

Her expertise includes 15 years of practice and research combined with Advanced Certifications in Neuro-linguistics, Emotional Intelligence (MSCEIT), Performance Consulting, Training and Assessment. By age 25 Julia was the General Manager of a Multi-Million dollar global organisation, she has built her career by organising and attending thousands of networking events across all industries internationally. Now as CEO of the Business Networking Academy, Julia and her team help empower people to create and manage more sustainable and viable networks.

Julia has dedicated her career to removing the negative connotation of the word ‘networking’, her corporate career  (prior to founding the Business Networking Academy) involved global travel and attending hundreds of conferences in all industries. Selling millions of dollars of sponsorships and partnerships along the way, she advocates the effectiveness of networking as a marketing and sales requisite.

Julia speaks at leading functions and conferences around the world including TEDx 2010, (where she was voted the No.1 talk by the audience). She is a twice published author ‘Schmoozing the Globe’ and ‘BUZZ’ and appears regularly in TV, Radio and Print Media promoting the growing importance of networking relationships in business today.