Download a copy of the speech. View the Photo Gallery.  View further details of the event. 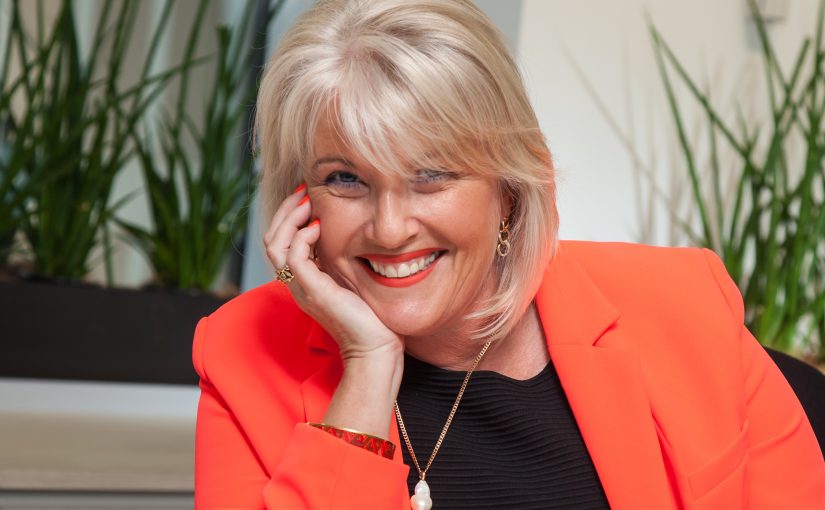 Thank you for having me today.

I want to start today by talking about another woman preparing to give a speech.

At 5 o’clock on the day of her speech this woman was not ready. She had been so busy in the previous weeks she had found no time to prepare, and now it was the children’s bedtime.

In her own words:

‘I felt desperate. With the bath water running and the milk for the children’s tea heating on the stove I sat down at the dining table with pencil and paper. I felt tired to death. The baby on my knee was crying with fatigue, the other children were quarrelling noisily. Suddenly, I burst into tears. It was not fair. No man was expected to endure such things”

That woman was my grandmother – Enid Lyons – and she was preparing for the launch of a federal election campaign.

For many working women things have not changed since then – and that was the 1940s.

I am the director of the Workplace Gender Equality Agency. We’re a federal government statutory agency and our role is to promote and improve gender equity at work.

Every year more than 12,000 employers submit comprehensive reports on gender equity in their workplace to us, covering more than 4 million employees.

Our data is unique: in no other country is such detailed data being collected and analysed. Today, I am going to share some insights we can draw from our data on your industry.

That data tells us that we have a way to go to reach gender equity in legal services.

Looking at the legal sector the average full-time pay gap was 34.3% in 2015. That fell slightly from 35.6% the year before, but it is still one of the highest in Australia.

That pay gap may seem odd, given that women make up almost 70% of employees in the legal services industry.

Our data also shows employers in legal services are highly engaged with this issue:

But actually the most startling thing our data shows is that the legal services industry is still very segregated.

Although women are now more than half of the graduates exiting from our law schools, they disappear the further up the career ladder you look.

If you think about a partner board meeting; it is most likely that the partners at the table will be men, and if women are involved they will be the executive assistant taking minutes.

Our data shows that only 18% of equity partners in Australia are female. Yet 86% of administrative staff in legal services are women.

I would like to now provide a few thoughts on how we can reduce that imbalance, and the pay gap.

I said earlier that 64% of legal employers have analysed their pay gap in the last 12 months.

While that is good, it still means 36% of employers do not know if a pay gap existed in their firm in the last 12 months.

Worse than that – of the legal sector employers who did do a pay gap analysis, less than a quarter went on to report those metrics to the executive.

But most disappointingly, only half of the legal employers who analysed their payroll for pay gaps went on and identified the cause.

Employers are only disadvantaging themselves if they don’t take that last step.

Even if a firm did a pay gap analysis, we know from speaking to CEOs who are pay equity ambassadors that pay gaps can re-emerge without regular review.

We need more firms to be analysing their pay data, reporting the results to their managing partner, and to the partners board, and for action to be taken after that.

The whole issue of the value (or lack of value) of women in the workplace began with the industrial revolution. Women and children entered the workforce because there were not enough male workers, and because they were cheap.

Well, we have sorted out the exploitation of children, but women still struggle to redress the imbalance of pay and conditions.

Outside work commitments and billable hours

Employers are aware that one of the biggest impacts upon a female lawyer’s career is their commitments outside of work.

Caring for children is of course a major factor; and I’m dismayed to meet professional women who describe themselves as a ‘lawyer before I had kids’.

But commitments outside work are increasingly broader than childcare. Right now about 15% of the Australian population is aged over 65.

Over the next forty years ABS projections estimate that will grow until around 25% of the population is aged over 65.

The fabric of our society is changing. Care for the elderly, the disabled or the young is becoming the norm.

This means that many people at some point will have to care for someone else. Yet unpaid care work still disproportionately falls to women.

Flexible work policies can be the tool by which we manage family and wellbeing commitments and our careers, and help to improve our mental well-being as well.

However, I fear that many law firms and lawyers simply don’t see utilising those policies as compatible with building a client network and developing a practice.

To an extent, all professional services firms face this challenge.

We live in an interconnected world and increasingly clients expect an all-hours service for reduced costs.

In the law, these factors are worsened by the expectation that lawyers are personally responsible for developing a wide client base.

Many young lawyers we have spoken to believe that their ability to develop new clients, and hang on to their current work, will disappear if they start a flexible arrangement.

These pressures only increase as lawyers move into a senior associate position in their early thirties.

According to The Australian Financial Review’s 2016  Law Partnership Survey, the age bracket with the most partner appointments has dropped to 36-40 years.

This means that in those years when lawyers are most likely to have young children, as well as ageing parents, they must also think about:

Phew. That’s a lot to think about.

The expectations we set as a society, as employers and as clients help to perpetuate this.

The Law Society’s National Attrition and Re-engagement Study in 2012 showed that women who had used flexible work arrangements reported negative impacts including:

So while law firms may have excellent flexibility policies, they need to ensure that they are giving employees real permission to use them and that the work they are giving them is commensurate with their experience and skill level.

I want to emphasize that this is a challenge faced by male lawyers as well.

I recently spoke to a successful male associate.

Although he felt like his firm had a good corporate culture, and he knew men who worked flexibly, he did not feel it was an option available to him. His reasons were:

When asked about his plans for managing his future career and work/life balance he replied – Eventually, I’ll just leave.

Now there are some programs that employers can introduce that can address the pressure associates face.

One is making it clear to partners that flexible working is not a gift to a worker who has proven themselves.

Some companies are doing this by removing power to approve flexible working from middle managers. For example: Telstra has an ‘all roles flex’ policy.

Smart CEOs do this because they know that to be competitive they must have:

A few months ago The Australian published an article about a male partner at a major law firm. It was a large article and took up most of the whole page.

The story was that the male lawyer was taking parental leave for three months.

I dream of a day when a male partner taking parental leave is not national news.

Our Agency increasingly sees many examples of excellent parental leave schemes. Some include, for example, paying superannuation during parental leave.

But most of these schemes benefit the primary carer, which is still usually a woman. Few schemes focus on helping secondary carers.

If we are serious about encouraging men to work flexibly we need to improve this as well.

In some places this is happening: Example: Squire Patton Boggs

In Managing Partner John Poulsen’s words – “We’re trying to take a holistic approach. It only works if you have a relationship of trust with your partners, your clients and your staff.”

Flexible working can also help to soothe the transition to parent-hood.

Many women are rightly afraid the dreaded ‘mummy track’ – being moved into ‘so called’ soft practice areas or less responsible roles when working flexibly after having children.

Employers and partners can prevent this by creating cultures in which flexible working is used widely, and which allows lawyers to continue these arrangements as they move into senior roles.

Some firms are also creating targeted programs helping women return to the firm after they have children, even if they have taken significant breaks of some years.

The future of work

There may be people listening who approve of flexible working, but say that it is just not compatible with billable hours.

On average, Australian firms set billable targets of 6.5 hours per day. (That may be optimistic for many of you.)

As we look at the current legal services market however, I suspect few of us believe that in 20 years law firms will be operating as they do now.

Technology is already disrupting the way that firms work and it remains to be seen how much time-based accounting continues to structure the profession.

What we do know is that a future which prizes high quality work also prizes top talent.

We know from many studies, the most recent from Credit Suisse just last week, that increasing women in senior managerial roles has a strong correlation to improving financial performance.

The business case is clear and just keeps being reinforced by such reports.

In this environment law firms simply cannot afford the brain drain that sees male and female lawyers turn to in-house or corporate roles as a way of managing their at-home commitments with their career.

I would also make the point that flexible work does not necessarily mean less work.

It means being able to structure your work in a way that better enables you to meet your KPIs at home and at work.

Some of you may know Michael Chaaya, a partner at Corrs Chambers Westgarth.

Michael works from home one day a week, so that he can more easily take his young daughter to her swimming class.

I have talked a lot today about the demands placed on lawyers: be they out of work commitments, or demands from their clients or their partners (legal or otherwise).

But I’d just like to take a moment to reflect that female lawyers have come a long way over the last century.

After Justice Roma Mitchell became the first woman ever appointed to an Australian Supreme Court in 1965, a journalist asked her if she was married.

The journalist then asked her ‘Do you drive?’

The journalist pressed on ‘The Chief Justice is also unmarried. Is there any chance you might get together?’

‘No’ she replied. ‘He doesn’t drive a car either’.

Now we have 15 law firms accredited as WGEA Employers of Choice for Gender Equality out of 90 – which is pretty good.

And the very existence of this association is, I think, a powerful testament to the achievements of women in law.

So although there are still real challenges that we must overcome, I believe that in partnership with men, with clients and with employers we will get there. Thank you.

Download a copy of the speech. View the Photo Gallery.  View further details of the event.