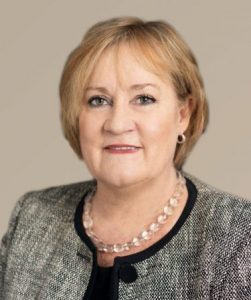 Why is it important to recognise International Women’s Day in the business community? It is important for progressive businesses to publicly make a commitment to gender equality and encour­age others to adopt work practices that drive gender diversity. IWD provides an opportunity to promote these important objectives and celebrate the achieve­ment of women in business.

How unusual Is it to head a female-owned law firm In Newcastle? When I moved back to Newcastle from Sydney about 16 years ago, I noticed the lack of women in senior roles in local law firms. However, there have been a number of women – Ann Kinnear was one of the early ones – who have recognised that it’s not as easy for a woman to become a principal or decision maker in private legal practice. So, they have started their own legal practice. There are now several female-owned law firms. Perhaps what is unusual in my case is the number of staff I employ as a one principal firm.

Why did you pursue law? My late father was very keen for me to do law and really pushed me in that direction. In my formative years I was introduced to causes and social justice by my late mother who was an activist for as long as I can remember. I have been greatly influenced by her. A lot of the work I’ve done as a lawyer over the course of the last three decades has involved the pursuit of justice. I have found that very professionally and personally satisfying.

ls there a role for the law in achieving gender equity in the workplace?Lawyers are trained to be professional advocates and communicators and they should apply those profes­sional skills to be a voice for change – both within the profession and outside it.

What Is the current status of gender equality in the legal profession? What needs to be done to achieve equality? Even though there are more females choosing to study law and women enter the legal profession in equal or greater numbers than their male counterparts, there’s still a lot of gender inequality in the law. Pay disparity is still in evidence. Nationally, we’re well behind in the number of women occupying decision making roles in firms – currently around 20 per cent. Only 23 per cent of practis­ing barristers and just over IO per cent of silks in NSW are women. It is important that we have more women practising at the bar and as senior counsel because judges and politicians often come from these roles.

What is your firm doing about this?I have long embraced and championed workplace flexibility at the firm. A third of our 30-plus staff work part-time and some of those staff work school hours.

As a mother, I am very conscious of the problems for women lawyers re-en­tering the workplace after taking a break to raise young children. I place a priority on those with general life experience when making recruitment decisions.

Our firm is one of the first regionally based in Australia to formally sign up to the Law Council’s Equitable Briefing Policy which requires signatories to make all reasonable endeavours to brief or select women barristers. We also support the University of Newcastle’s Empower program.

The majority of your staff are women. Deliberate? I believe women have been attracted to my firm because of the commitment we have to workplace flexibility and family friendly conditions at the firm. We specialise in areas that have special significance in women’s lives – health law, eider law and family and relationship law.

Who are your female business role models? I’ve been inspired by many women who have been creative, resilient and successful in business. We have some wonderful local business women who have done great things and who inspire me. Justine Gaudry has created the artisan Olive Tree Market, promoting local artists and creative industries. Holly Martin has developed a very vibrant marketing business and supported women.

You’ve played a major role In the Newcastle Chapter of the Women Lawyers Association of NSW. How important are such gender specific groups in helping women to progress in business? Very important. Our local association has showcased women who may not otherwise have been able to promote themselves as well. We also develop a strong sense of collegiality within the various arms of the legal profession in our community- legal academics, female members of the judiciary, women at the bar, and our future women lawyers.

Do you believe in a “pink quota” in parliament and on boards? I certainly do. You only have to look at the front bench of the federal Liberal Party, compared to other parties, to make the case for quotas in parliament. Quotas are the only way we will see structural, systemic change because there is still a conscious and unconscious bias in appointing women.

Your advice to women keen to start a business?  To surround yourself with people who will support you. Keep going.