Career Intentions Pave the Way for Career and Diversity Initiatives 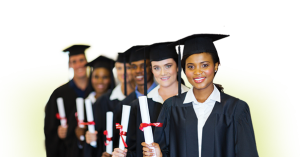 The Women Lawyers’ Association of NSW (WLANSW) Career Intentions Survey is the first study in Australia with the capacity to measure and address the effectiveness of initiatives targeting diversity, retention of talent, and leadership in the legal profession. 1 403 law graduates from all university law schools and the College of Law in NSW participated in the survey. 61% proposed to practise as a lawyer, 28% were not sure whether to practise as a lawyer and 11% did not intend to practise as a lawyer.

Of respondents who do not intend on practising at the Bar, the most common reasons for females not to work at the Bar were ‘too much stress/pressure’ (38%) and ‘not having the required skills’ (37%). Respondents were asked to rank the reasons they indicated for choosing not to practise as a barrister as ‘extremely important’, ‘very important’ and ‘fairly important’. The top 10 out of 23 ‘extremely important’ reasons for not intending to work as a barrister were: (1) I don’t have the required skills/my personality is not suited; (2) I don’t enjoy public speaking/court appearances; (3) I don’t have enough information to make a decision regarding the Bar; (4) The Bar is not family-friendly; (5) High risk working for yourself/challenge to find steady work; (6) I would like to practice outside metropolitan areas; (7) Too much stress/pressure; (8) I want to travel/work overseas (need the flexibility of a solicitor); (9) There appears to be a lack of ethnic representation at the Bar; and (10) The hours are too long.

When considered in the context of the current employment market for law graduates, the Career Intentions Survey Report points to a real need for initiatives, policies, practices and programs to be reviewed starting from when students are studying law at university.

Historically there has been significant debate about the anticipated ‘trickle up’ impact of increasing numbers of female law graduates especially as numbers of female law graduates have equalled and surpassed those of male law graduates. This phenomenon has been occurring for now over three decades with recognisable barriers continuing to be faced by women in the legal profession. An evidence base to guide and direct professional associations, employers, and those responsible for the education and professional development of lawyers about what more can be done is much needed to ensure constructive and meaningful change happens in the most efficient way possible.

The Career Intentions Survey Report will be launched at a cocktail function at 6-8pm on Thursday 30 July 2015 at the Union University and Schools Club. The speakers at the launch will be the Honourable Acting Justice Jane Mathews AO Patron of WLANSW, Jane Needham SC President of the Bar Association of NSW, and Doug Humphreys Treasurer of the Law Society of NSW. For further details and to register for this event, please see here.

WLANSW thanks Platinum Sponsors the Law Society of New South Wales and the Bar Association of NSW, Major Sponsor Herbert Smith Freehills, and Sponsor the College of Law for their support with the development of the Career Intentions Survey Project.

The Report for the Career Intentions Survey which took place from Semester 1 2013 to Semester 1 2015 will be available on the WLA website.

For further information and enquiries, please contact Kathryn McKenzie, Executive Officer, at executive@womenlawyersnsw.org.au or on 0466 157 087.